Fifth in a series of six articles.

While the names and locations are being changed to protect the company’s privacy, this is the fifth of six articles that document the process being used to develop a startup Special Finance Department inside an already successful independent dealer, located on the fringe of one of the major metro markets in the United States.It will detail the plan, the strategies, the successes and the challenges encountered over a six month period, with the end goal of the new department to reach a monthly sales volume of 70 deals at over $230,000 total gross by the end of that period.

At the 2/3 mark, the ‘Red Team’ as they are known was certainly excelling and growing. We had been waiting for the inevitable speed bump, hiccup, whatever you want to call it, and it finally showed during month four. That’s the bad news. The good news is that it didn’t impact gross profits and we managed to achieve our goal for sales volume, so certainly, in the body of work, we still won’t complain. Here is a summary of what we experienced in month four.

This startup Special Finance Department had gone so well out of the box, we just knew issues had to surface, and of course they did.

The great news is, even with those challenges and the month being one of the two slowest months nationally for the Special Finance industry, we are still well ahead of the four-month Special Finance Department volume, gross profit and net profit goals. After washing out all of our startup costs in month one (better than goal) we have generated an additional $137,820 in net profit the last three. With December and January as the final months of the project, we know we will finish strong and set the store up well to takeover on their own for the strong February tax season.

Miss an article in the series?

Part One: The Timeline

Part Three: End of Month Two and Halfway There

Part Five: Two-Thirds Completed, But with a Speed Bump

Part Six: Sprinting to the Finish 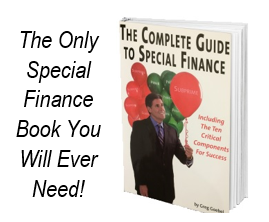